Why do you need a Power of Attorney?

A Power of Attorney (POA) is a legal document that provides a third party (known as an Attorney) with the legal authority to act on behalf of another. As the adult creating a POA, you are taking reliable precautions against future events in which you may experience illness or inability from an accident that prevents you from acting on your behalf.

In addition, it allows you to be covered by someone you trust to decide on your legal or financial matters if you are out of town. In BC, a common area where you may find the use of POAs are in the buying and selling of real estate.

There are three types of POA commonly seen, all for various purposes: general, specific, and enduring.

Under a General POA, powers granted to an Attorney are broad. Although in BC, there are no specified limits to the Attorney’s powers under General POAs, they are only authorized to handle an individual’s financial and legal matters. 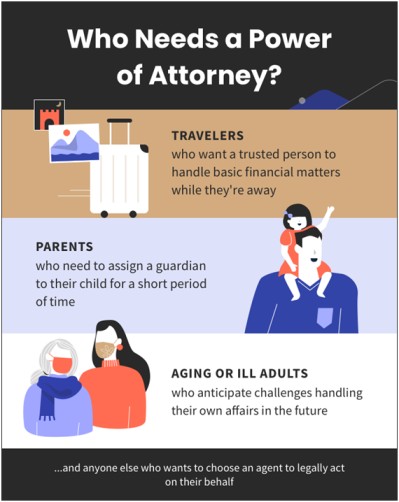 The powers of a General POA conclude once the adult becomes mentally incapable. Under BC’s Common Law system, an Attorney cannot make medical decisions, whether on health and/or personal care, unless expressly stated in an agreement. If not expressly stated, then these decisions are addressed by legal documents known as Advance Directives and Representation Agreements.

Under a Specific POA, powers granted are limited to particular tasks and matters. For example, this could be powers granted towards a certain subject matter, such as a property or time constraints that can impact a matter’s validity. Specific POAs can also include an Enduring clause that will allow the Attorney to continue having power if the adult becomes mentally incapable.

At Sekhon Notary Public, we provide all three types.